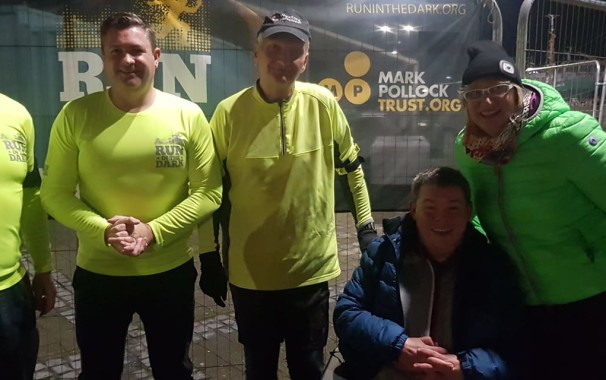 The Run in the Dark event, which took place in Wexford town last Wednesday night, was a resounding success.

Organised by The Rotary Club of Wexford, in aid of the Mark Pollock Trust, over 100 participants took part in the 5km and 10km route, raising over €2,500 for the charity.

The Mark Pollock Trust is named after blind Irish adventure athlete Mark Pollock.  Mark suffered a catastrophic spinal cord injury in 2010, when he fell from a second-storey window that left him paralysed, but Mark has turned this life changing event into an opportunity, by striving to find a cure for paralysis in his lifetime.

The champion for Wexford’s Run in the Dark event Karl Fitzpatrick stated “As President of The Rotary Club of Wexford, I was astounded and heartened by the overwhelming support for this event, which exceeded our expectations. As this year’s Run in the Dark was sold out a week in advance, plans are already in place to make next year’s event even bigger, so we can raise further funds for the Mark Pollock Trust, an organisation that I fervently support. I very much appreciate the assistance which I received from my fellow Rotarians, An Garda Siochana, Wexford County Council, The Order of Malta, Tesco, local businesses, stewards and participants, all of whom made the 2019 Run in the Dark, a night to remember.”