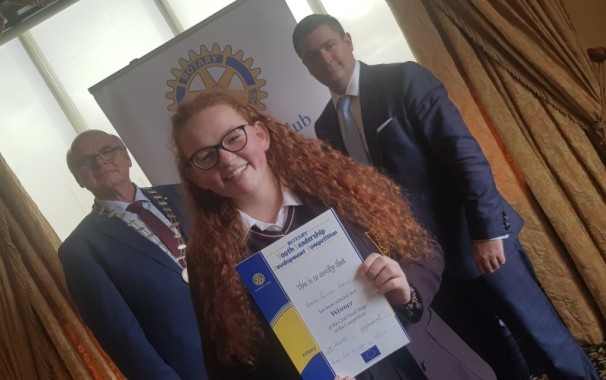 In a competition, which recognises and celebrates Wexford’s youngest leaders, Alanna Fusciardi Wallace, a student at the Loreto Secondary School in Wexford, has been announced as the winner of the 2018 Rotary Club of Wexford’s Youth Leadership Development Competition.

Following entries from 62 students across the county, a representative for each of the 14 participating schools was selected to compete in the Club final, which was held in the Riverbank House Hotel.

Alanna will now represent Wexford when she competes in Regional final of the competition, which will be hosted by Rotary Club of Newbridge this year.  Club winners from Carlow, Kilkenny, Waterford, Youghal, Clonmel, Newbridge and Naas will join Alanna in competing for the top prize, a place on a week-long Leadership Development Programme which will see the 24 winners from across the country travel to Belfast, Dublin, and Strasbourg

Congratulating the winner, the chairman of the Youth Leadership Development Competition, Karl Fitzpatrick said ‘On behalf of the Rotary Club of Wexford, I would like to congratulate Alanna on winning a Club Final where the calibre of entrant was extremely impressive and I am confident that she will be a fantastic ambassador for Wexford’.

‘Having witnessed the quality of the leadership skills which Alanna and her fellow finalists displayed throughout the competition, the future of Wexford is in very competent hands’, added Mr. Fitzpatrick. 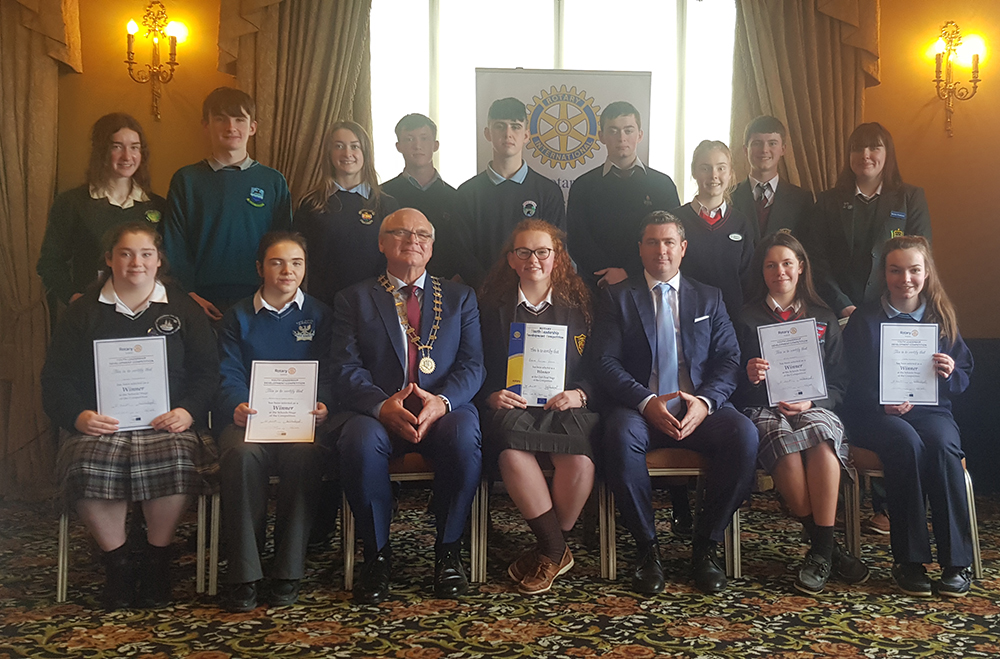